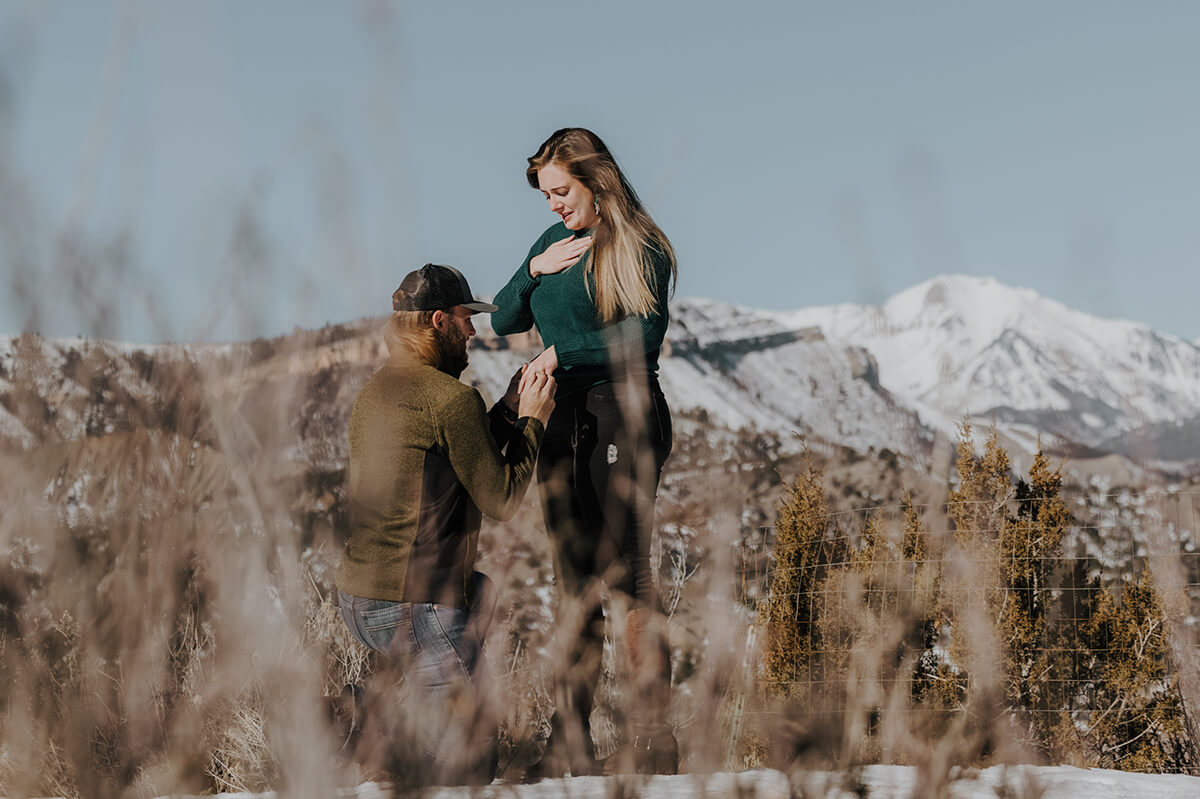 This was a really fun proposal in Durango because I met Brittny and Josh in early 2021 at a styled shoot in Telluride. (Here are some of those photos below) I was really excited to find out they lived in Durango because I was pretty new to the area thought they were pretty cool! And I mean it’s hard to meet cool couple friends in your 20s/30s, right!? Not to mention they have some pretty cute dogs!

Josh reached out and asked if I would be up for photographing his surprise proposal and the answer was YES!! OF COURSE! They met in college 8 years ago at Fort Lewis, so naturally, that was really special place to pop the question! The college also has a beautiful view of the San Juan Mountains and the beautiful town of Durango, Colorado! I also have to mention they have to CUTEST doodle dogs ever who I am sure are very excited their parents are getting married! (I’m actually laughing out loud in a coffee shop as I typed out doodle dogs lol)

The main problem I ran into while planning this proposal was there isn’t a lot of tree coverage or places to hide in this specific spot. It was pretty bare with it being winter and there aren’t many other trails in the area. I had to get creative when trying to hide for this proposal… I thought a ghillie suit would be a little too much around a college campus (lol) but that thought totally crossed my mind for a while! I found a pretty cozy bush that I hung out in for a few minutes while I waited for them to walk down the snowy path.

My heart was beating pretty fast as I was setting up my phone and a Go-Pro to get a video of the proposal. I guess I don’t have much room to talk because if I was that nervous, I can’t even imagine how Josh felt! Multiple cars were parking and a few other couples were in the area so I was getting really paranoid they were going to show up super early. Josh was doing an awesome job at keeping me updated where they were at, and he even stuck out the morning of for a quick facetime to make sure he was in the correct spot! Sorry to the couple of people who were really confused seeing me sitting in a bush while walking their dog, didn’t mean to scare you lol I definitely got a couple of weird looks and I was nervous they were going to get in the way. Luckily, the whole area cleared out and it was just the two of them!!

I heard them walking down the path having a really cute conversation to themselves and little did Brittny know, I was sitting in a bush 20 feet behind them. I honestly was so nervous she was going to see me because there were some snowboarders in my general direction. I definitely stayed in rock formation while they passed me! Obviously, she said yes and was very surprised! And of course, I brought some champagne to celebrate!

Congratulations Brittny and Josh, it was such an honor capturing this special moment!!

Are you thinking about planning a surprise proposal? Or are you looking for a proposal photographer? Well, look no further! I’m here to help you plan every step of the way and come up with a cool and creative game plan so they’ll never see it coming! 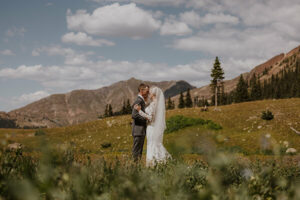 How to Choose the Perfect Wedding Photographer for You! 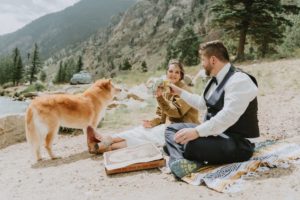 This Summer elopement in Georgetown Colorado is very special to me! I’ve been taking pictures of Meagan for over four years now and when we 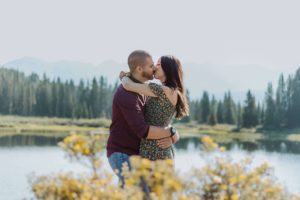 How to Prepare for Engagement Photos!

YOU’RE ENGAGED! Now the question is, how to prepare for engagement photos? Let’s take a step back and just freak out for a second!! The 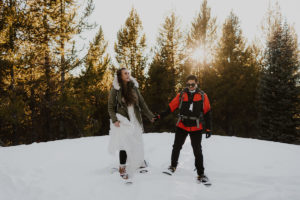 Thinking about planning your winter elopement in Durango? Have you ever thought about getting married in the winter? How about saying your vows in snowshoes!?